If you want to do a dynamic import of JSON with Webpack be sure to account for a JSON file not having a default export when you’re trying to extract the value and call default on the returned module to return the whole JSON object.

I live on the island of Alameda in the San Francisco Bay area. We are bordered on our east side by the Oakland Coliseum and our west side by AT&T Park just directly across the water 3 miles away. When there are fireworks in either of these places we can hear them, and sometimes see them. On holidays we hear all the surrounding fireworks. We also get Blue Angels flying over and so on.

Lately I’ve been reading a whole lot about drag and drop while I’ve tried to implement a ‘drag from desktop to upload’ feature. While some of these features have been around for a very long time, others are new and therefore finicky.

I’ve been promising to write a wrap-up post about General Assembly and have continued to receive requests asking about what my experience was like and if I think it’s worth it. Now that it’s been almost 3 months since the program ended, I feel I can do a better job of wrapping it all up.

The final project that I created in WDI was an app that had been on my mind for quite a few months because it was an app that my husband, Jesse, had been wanting someone to build since February 2013. He is an assistant debate coach and spends most of his weekends during the school year at Debate Tournaments. There is a particular way that both the judges and the teams track debate rounds and they are referred to as flows. A textbook shows an example of a flow as this: 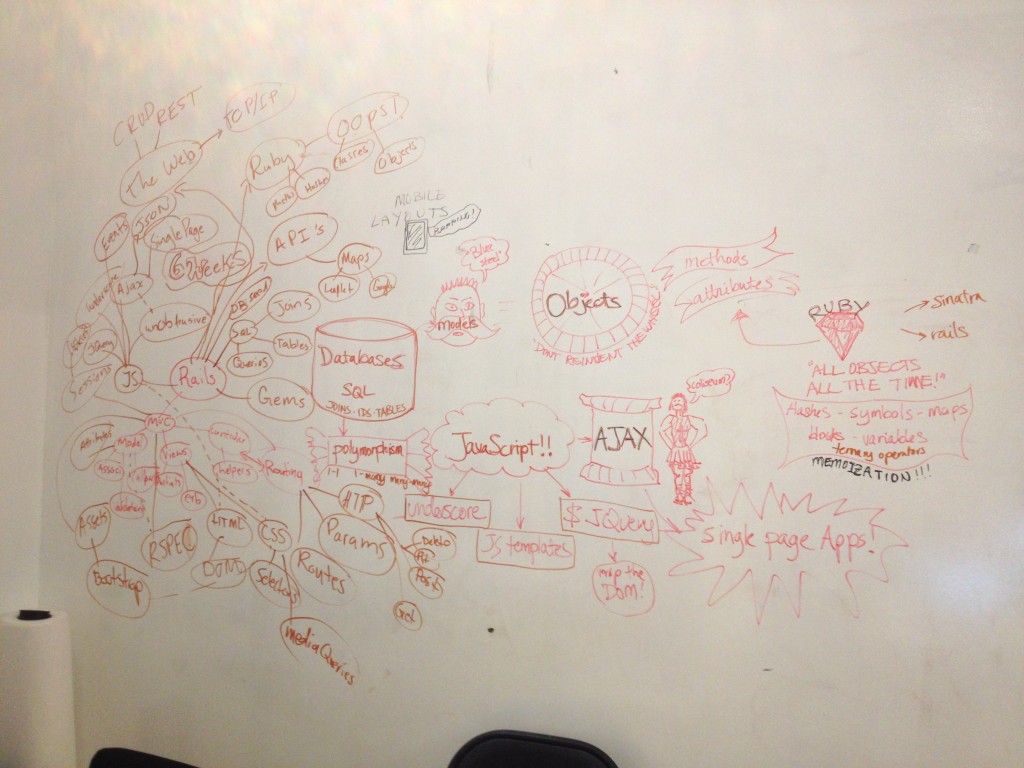 What we’ve “learned” in 6 weeks

The app that I first set out to create, and the one that I presented on Demo Day on Friday are different, because I really had to scale my vision down and just produce the MVP due to lack of time. I'd like to think of what I presented as a working prototype. I plan on making it lots better.

We’ve started our first projects, so this will be a shorter summary than usual. Also, we only had a 4-day week due to Bartolomé Day, so I spent a good portion of Monday making my homework better and better and trying to study up on stuff.

It really does feel like these weeks are just blowing by so quickly. Over the weekend I stumbled across some shortcuts in TextMate that I didn’t realize existed and made me love the software even more. The first couple days of the week were very mini-project based, which was nice. I said to my husband Tuesday night, “I’ve made 3 basic web apps this week…and it’s only Tuesday.” It’s really nice to have things like that to show the progress we’re making. First business of the week was that they mixed up the Camels and the Snakes, because when they polled us they found that we wanted more interaction with the other students. So I had to switch into the Camel classroom, which I like a lot better because there’s no glare on my glossy computer screen causing me extreme difficulty all day.

This blog post from Nicholas Zakas is the best explanation I’ve seen online for doing a merge sort in JavaScript. Most of the other posts I looked at give you code, but don’t talk you through it. I knew there was a reason I buy his books! 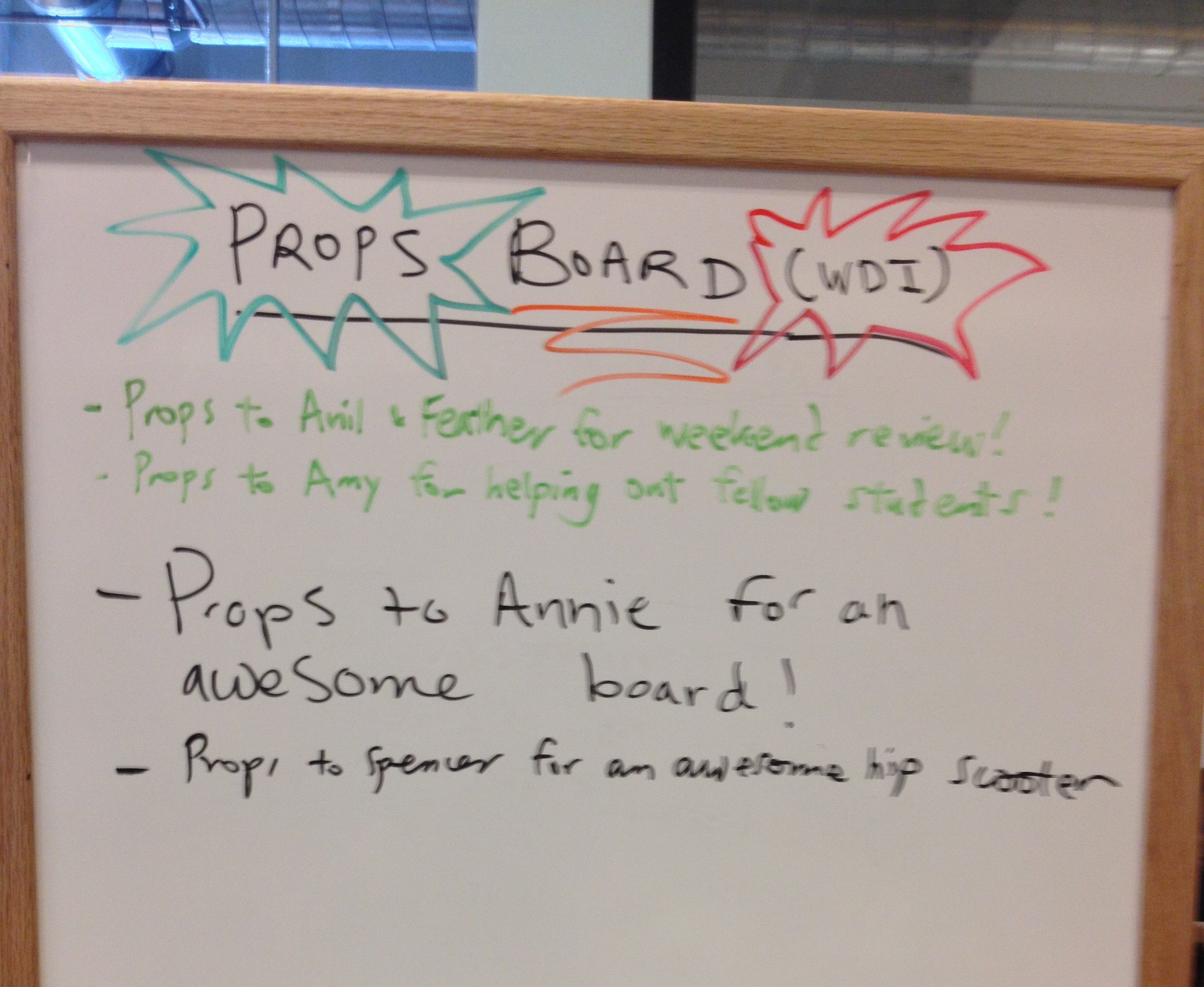 I made it onto the props board!

As I suspected, blogging every day was impossible; too busy with homework. So here is an overview of the week.

Yesterday was the first day of class. I arrived out of breath and sweaty from my exertions of trying not be late on the first day. Normally this would not be an issue but for some reason all three public transit methods from Alameda were backed up today. It’s the first time ever that I’ve seen the parking lot at the ferry terminal in Alameda completely full.

A lot of my closest friends have been following along on my private Twitter account with my career journey this year, but I can finally talk about it a bit more publicly. In February I decided that it was time to start pursuing my passions again and get back to working on my career in tech. My goal since December of 2011 has been to be a professional front-end web developer instead of just a hobbyist front-end web developer. To that end I spent a couple months of my unemployment trying to advance my skills at home independently. HTML and CSS have been in the bag since I was a teenager but I knew I needed to finally learn JavaScript and JQuery and build up a portfolio. Unfortunately, this wasn’t progressing as quickly as I had hoped, as the resources I was using to learn weren’t very great. In addition, I really needed a source of income, so I was spending a lot of time applying to anything I could find in order to pay the bills. After 5 months of unemployment I eventually got a job as an Office Manager at Viator, Inc and my career goals were put on hold.